Bunzl Australasia, the local division of the 13,000-staff worldwide outsourcing giant, has turned to artificial intelligence vendor Complexica to help its team manage the "high level of complexity" that comes with 10,000 customers and more than 40,000 SKUs. Complexica, based in Adelaide, has won the contract to deploy its order management system (OMS) for in-field sales reps and customer service staff. The system, which runs on Amazon Web Services, is powered by 'Larry', which Complexica dubs a 'Digital Analyst'.

Larry was the creation of a company rich in PhD talent; Complexica boasts a deep bench of scientific advisors and is run by managing director Matthew Michalewicz, his father and chief scientist Dr Zbigniew "Mike" Michalewicz, and chief software architect Constantin Chiriac. The roster boasts data scientists and is supported by multiple universities.

While Complexica might still fly under the radar, its team has form. Matthew Michalewicz and his father sold their previous company, $20 million-turnover SolveIT Software, to Schneider Electric in 2012. A previous venture was acquired by IBM. Bunzl is just the latest customer win since Complexica exited stealth mode and began selling the product commercially. Others include Coventry Group, Boehringer Ingelheim, Pfizer, DuluxGroup and Lion. They join foundation customers PFD Food Services and Liquor Marketing Group, which supported Complexica during more than 12 months of development. 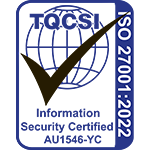