Australia Not Immune to Ports Chaos

In normal times it's unusual for a container ship to miss its "window" at Flinders Ports' container terminal at Port Adelaide. But these are not normal times, and during the past five months not a single ship has hit its window – something which chief executive Stewart Lammin has never seen before during his almost four decade career in the sector. The company, which is owned by major superannuation funds such as MTAA and Perpetual, has recently completed a 50-year plan and is about to go live with an artificial intelligence system from Complexica, which is set to transform the way containers move through its terminals.

"What the crisis has done is underline the need for the business to think smarter about the way it handles containers, with Flinders project with artificial intelligence firm and IPO aspirant Complexica about to go live," said Stewart Lammin. "That project involves decisions around where containers are placed and how they move around the yard being made by AI-driven software, rather than relying on intuition." 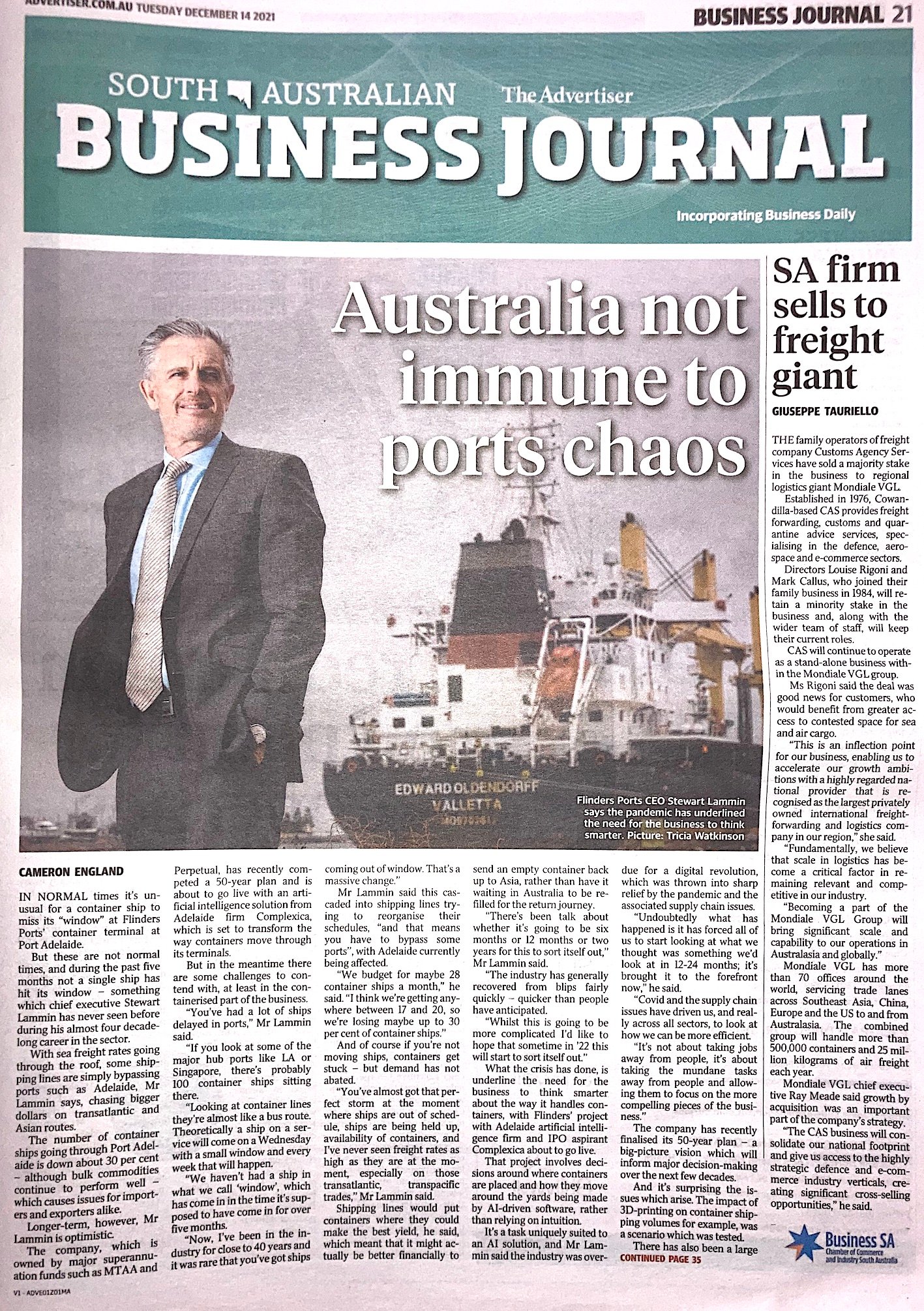